It’s been a year now since Huawei had launched its successful P30 series smartphones, and a lot has happened since then. Following a trade-war between the United States and China, Huawei ended up being sanctioned, with the most notable effect being that the company no longer has access to Google’s services. Last autumn, we saw the launch of the Mate 30 series, the company’s first flagship phone to ship without GMS. We had argued that those phones lacked sufficient hardware differentiation to be able to make up for the lack of Google’s services, and it would be some time before we would see Huawei’s own HMS (Huawei Mobile Services) mature to a state that represents it being a valid every-day alternative. That goal is inching ever closer as Huawei spends large resources and efforts to get developers onboard its own ecosystem.

Today, Huawei is doubling down on its efforts to regain western market share, revealing brand-new hardware as well as expanding the company’s AppGallery app store, introducing the new P40, P40 Pro as well as the P40 Pro+.

The trio of phones are successors to the company’s photography-focused P series, yet again pushing the envelope in terms of innovative camera hardware, adding to the mix some new exclusive sensors, including a new large 1/1.28” 52MP RYYB unit, as well as coming with an array of various other modules – including an expansive telephoto module selection.

In terms of hardware – we’re talking about phones who now use the new Kirin 990 5G platform, currently the only SoC manufactured on TSMC’s N7+ EUV node. The new chip should perform comparably to the Kirin 990 4G we tested in the Mate 30 Pro a few months back, but we do expect some minor differences in power draw, and for example also higher AI performance thanks to the dual-core big NPU employed in this variant.

Notable about the Kirin 990 5G is that it’s integrating the 5G modem into the SoC – Huawei here is claiming that this is particularly beneficial to battery life as the power consumption is much reduced compared to say Qualcomm’s Snapdragon 865+X55 modem combination.

Connectivity-wise, it’s also the first phone to employ the new Kirin W650 WiFi-chipset, supporting WiFi 6 as well as 160MHz channels at 5GHz, meaning it can reach speeds of up to 2400Mbps, double that of competing solutions such as on the Galaxy S20 for example. 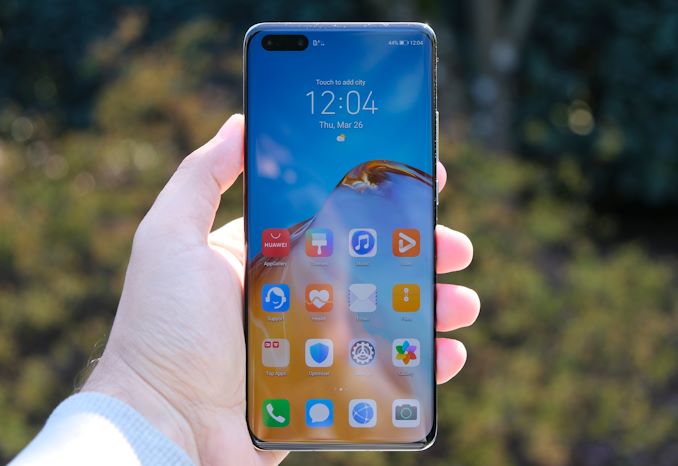 The most remarkable aspect of the P40 Pro is its design, in particular its implementation of an edge-to-edge curved screen. The AMOLED display panel is amongst the first to allow a device to not only have curved edges on the sides of the phone, but also at the top and bottom. First thing I want to get out of the way, is that I’m super happy that Huawei didn’t opt to continue with the 90° side-curve design as we saw on the Mate 30 Pro – I felt that design to be extremely impractical and actually damaging the ergonomics of the phone. The P40 Pro does not have this issue, and the screen’s curvatures are actually of a smaller radius than even the P30 Pro, with a deeper and larger curvature on the back of the phone giving it quite excellent in-hand ergonomics.

The screen on the P40 Pro & P40 Pro+ are a 2400 x 1200 resolution – halfway between 1080p and 1440p – which Huawei says is a sweet-spot between resolution and power efficiency. I did immediately notice it’s sharper than past Huawei devices, so it’s a positive development. Probably more important though, is that the new screen is 90Hz capable and comes out of the box at this higher refresh rate. It’s something that I noticed immediately when handling the phone, and I also feel that Huawei has done excellently in terms of the touch latency as it just feels a lot better than other phones.

The top and bottom curvatures are new, and frankly I didn’t really know what to think of such a design until I just experienced it on the P40 Pro. I’ve only had the phone for a short period, but my first impression is that it’s neither a large benefit nor a detriment to the phone. It does smooth out the edges, and gesture navigations like swiping up from the bottom is easier as you don’t touch the lip of the frame anymore.

The screen isn’t curved at all points of the frame – the glass doesn’t cover the corners of the phone, here the frame protrudes outwards from the corners. I don’t think that this was a limitation on whether Huawei could extend the glass into the corners, but rather a deliberate design decision in order to better protect the phone’s screen from drops. The corners would have been an obvious weak-point in a fully curved glass design, and like this, if the phone does fall, it falls onto the frame. I don’t mind the design, but it does look a bit unusual.

The flat top and bottom frame elements of the P30 series are now gone in the P40, and the frame is round again, maybe helping out with landscape ergonomics.

The size of the frame on the sides is thicker than on the P30 Pro, but that’s not due to the curvatures changing as much, but because the new phone is just outright thicker than its predecessor. It is immediately noticeable when you hold the phone, but thanks to the good ergonomics and rounded off design, it’s not a handicap.

What’s very disappointing is that Huawei continues to have a quite terrible audio solution, with only a bottom firing main speaker for media content, and an under-screen piezoelectric exciter as an earpiece speaker for calls. If you’re looking for good audio quality, the P40 Pro isn’t it. 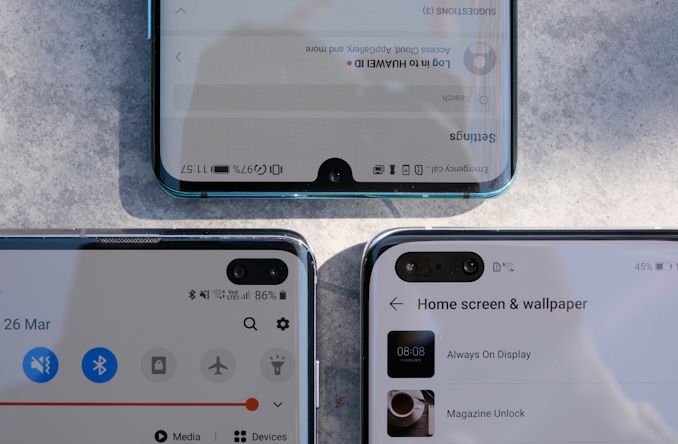 Immediately noticeable in the phone’s design is the front camera cut-out, which is just huge. Huawei wasn’t conservative at all here in keeping it small as they crammed in all the relevant sensors as well as a ToF (Time of flight) sensor alongside the main camera. If you didn’t like Samsung’s pill-shaped cut-out in the S10 last year, you’ll hate Huawei’s implementation as it’s thicker and longer, and it also wastes quite a bit of screen real-estate above it, making the status-bar take up a lot of space at the top of the screen. 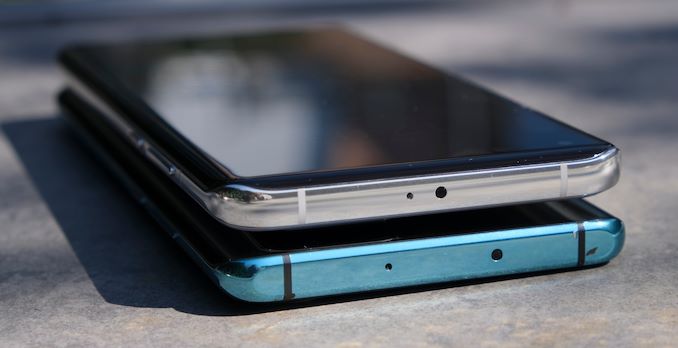 At the topside of the phone, we continue to see a simple design with just a microphone hole and the IR blaster. 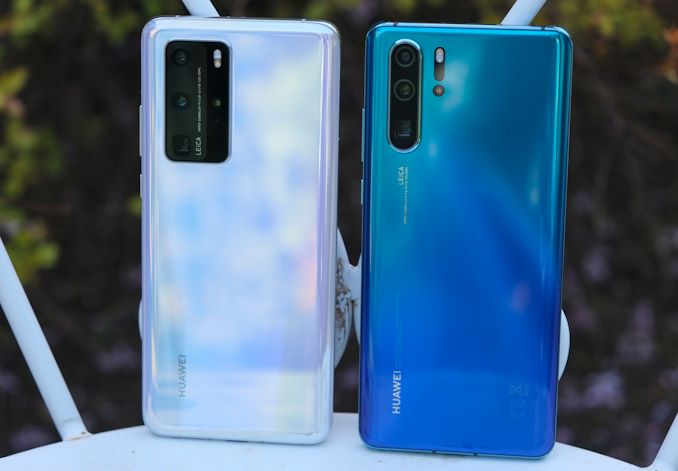 2020 looks to be a year of square camera elements, and Huawei here also adopts this design aesthetic. The P40 Pro here actually doesn’t have more sensors than the P30 Pro – I have to wonder if it was actually necessary to extend the camera protrusion to the side by such an amount when the P30 Pro was able to house the flash and ToF sensor in the body. It does make sense for the higher-end P40 Pro+ which adds in an additional telephoto camera below the flash. 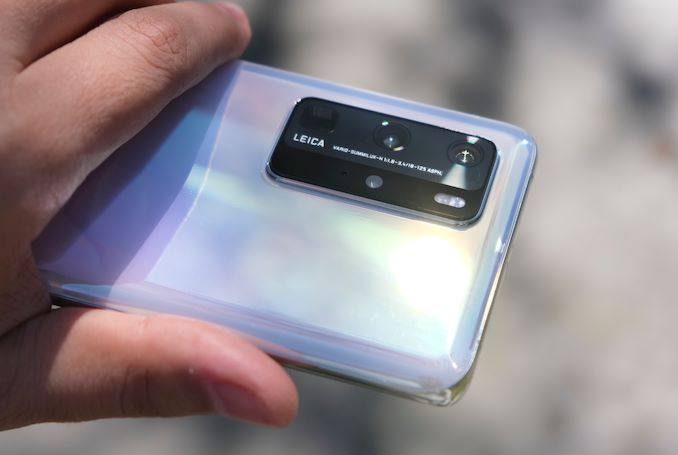 The super-start of the new camera hardware is Huawei’s new 1/1.28” 50MP sensor of the main unit, allowing Huawei to now claim they have the largest camera sensor in a smartphone as it’s a hair larger than the 1/1.3” unit of the S20 Ultra and Xiaomi’s 108MP phones.

Being only 50MP though, means that Huawei has far larger pixels than its 108MP competition in the same size category – and it continues to be an RYYB sensor which is said to be more sensitive in low-light conditions. This module is found in all the P40 variants and comes with an f/1.9 aperture lens and OIS.

What’s brand-new and only found in the P40 Pro+, we see the introduction of a 10x optical module. Huawei has been able to achieve this via by an ingenious dual-prism and dual-mirror setup that reflects the light around 5 times in the optics, before reaching an 8MP sensor. The aperture does suffer a bit at f/4.4, but the zooming capabilities are extreme. 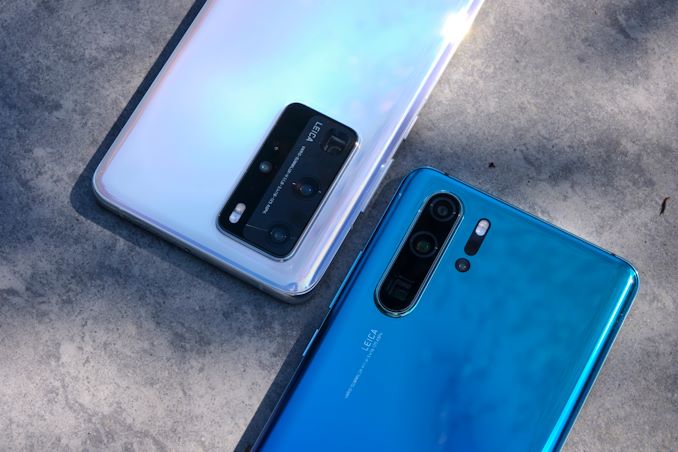 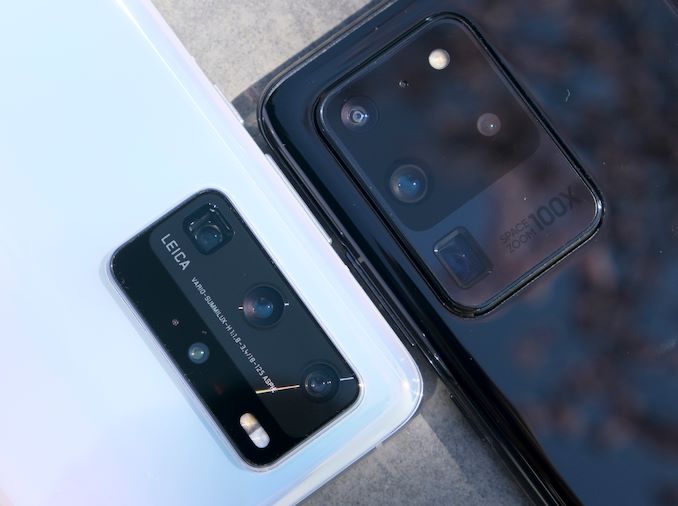 The camera housing is still reasonably sized given the sensor arrangement, not being as absurd as Samsung’s unit on the S20 Ultra.

The large main sensor does however dictate the Z-height of the optics and the phone camera bump, and like on the S20 Ultra, it’s over 10mm thick, protruding quite a lot more than any other past Huawei phone.

Huawei is hard at work at expanding its Huawei Mobile Services ecosystem and applications – trying to cover all the missing applications that were usually covered by Google’s variants. Things have been ramping up quickly over the last few months, and Huawei is continuing to put lots of effort to improve the customer experience.

Story continues … we’ll be updating the piece as we get more detailed info.

Very good boys are being trained to sniff out coronavirus cases

Coronavirus testing might look a lot different in crowded areas if this trial project is successful: Scientists from the UK...

Sundays were perfect for lying around and doing nothing all day even before coronavirus quarantines, but now we have no...

Dropbox beta for Mac can finally sync your desktop

Sponsored Links Mat Hayward/Getty Images Dropbox has been less alluring to some Mac users than iCloud in part because of...

Africa 2-3 weeks away from height of coronavirus storm

Africa is two to three weeks away from the worst of the coronavirus storm and needs an emergency economic stimulus...

Finance minister Tito Mboweni. Image: GCIS South Africa may approach the International Monetary Fund for the first time ever to...